The sound of the freeway, the roar and hum, the rumble of lowriders, the rattle of the classic models, the whirr and whine of a proper gear shift, the chortling idle — many creative minds have made hay of the musical, or at least harmoniously hybrid wind-and-percussive, properties of traffic noise. In LA, it’s part of the air. The voice of the freeway, the boulevard, and the sweeping blacktop is our rushing river, it runs through us. For audiovisual artist Ryoji Ikeda, embracing the sonic side of LA’s legendary car culture was a natural new iteration of his ongoing project to be the wizard of all things in the Tone of A. He has long been captivated by the once free-form and subsequently standardized sound wave known as the note “A” from which all manner of music flows. Before the world settled on the general tuning standard of A=440Hz, there were apparently many different metrics, each with a unique character. For his monumental orchestral performance A [for 100 cars], Ikeda has organized a group of engine-revvers, who plan to generate a sublime, immersive, precisely arranged sonic landscape in an as-yet undisclosed (but trust me, completely perfect) Downtown location this Sunday before dusk. 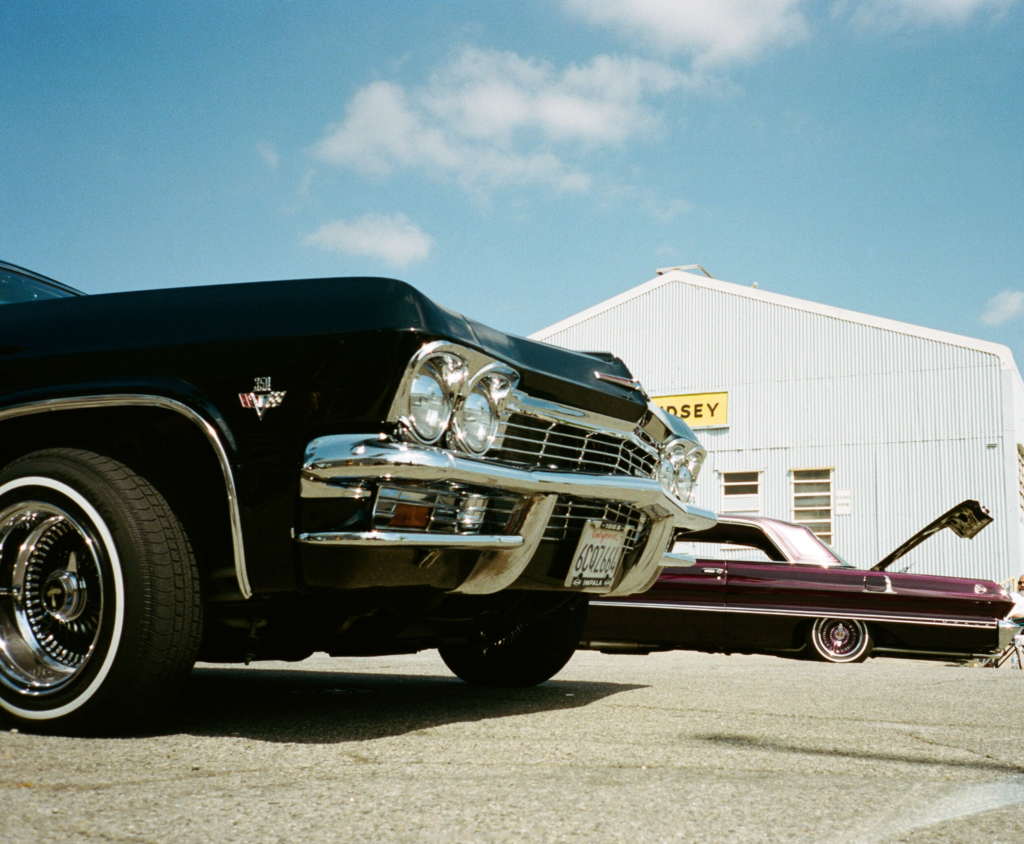 Ikeda worked with Tatsuya Takahashi of Red Bull Music Academy (who produced the event as part of their ongoing Los Angeles RBMA Festival) to invent this crazy Star Trek-looking radio device especially for this performance, that will help guide the orchestration. Remember it’s being performed by 100 drivers, not musicians, and with each car doing its own thing at precision-timed intervals, it’s a lot to manage. Not for nothing they’re calling it “the world’s largest synth orchestra.” It sounds a little sci-fi, but it’s all true. I’ve seen the gadget — an unassuming matte black box the size of a brick, with sparse readouts and a short antenna. It looks like a prop from an old-timey spy movie. I also saw a thick binder full of incomprehensible (to me) color-coded charts and graphs with all these letters and numbers; it was the “score,” and it looked pretty sci-fi too, more like a launch code checklist than musical notation. This is going to weird. Epic, but weird.

One unexpected aspect of the project has to do with the car owners, many if not most of whom hail from various local groups and clubs and crews within LA’s exuberant and eclectic “car culture” universe. Not just drivers, but true aficionados, these are sporty and creative people who come together this time not to rally, not to donut or bounce — but to make weird, loud, avant-garde music. As part of the program, director Van Alpert and photographer/executive producer Estevan Oriol made a short film interviewing some of the diverse and dynamic people representing the car communities in this project. LA: Cars + Music is streaming online now, and features an all-female streetwear design and lowriding crew known as Bella Doña, along with Guadalupe Rosales, LACMA’s current Instagram artist-in-residence, and known for documenting Chicano/a LGBTQ culture — plus a dedicated car-head herself. Fittingly, the film highlights the role music plays in inspiring these subcultures. But for Sunday, don’t expect too much funk or hip-hop; instead prepare to have your socks blown off by a wall of sound waves you’ll be able to feel in your bones. I’m saying it’s going to be loud.

Sunday, October 15, 3-7pm. Free. Doors open at 3pm; attendees are encouraged to come early to enjoy the installation. The performance will begin at 5:30pm. DTLA address provided with rsvp.

Shana Nys Dambrot is an art critic, curator, and author based in Downtown LA. She is LA Editor for Whitehot Magazine and a contributor to KCET’s Artbound, as well as HuffPost, Vice, Flaunt, Fabrik, Art and Cake,Artillery, Juxtapoz, ALTA Journal of California, Palm Springs Life, and Porter & Sail. She studied Art History at Vassar College, writes loads of essays for  books and exhibition catalogs, curates and juries a few exhibitions each year, is a dedicated Instagram photographer and author of experimental short fiction, and speaks at galleries, schools, and cultural institutions nationally. She sits on the Boards of Art Share-LA and the Venice Institute of Contemporary Art, and the Advisory Council of Building Bridges Art Exchange.