Rejected as a master’s thesis in Anthropology, Kurt Vonnegut went on to detail the Shapes of Stories in his book, A Man Without A Country, which is highlighted in abbreviated form in the lecture below:

The graphic below, designed by Maya Eilam, is drawn from Vonnegut’s book A Man Without A Country:

END_OF_DOCUMENT_TOKEN_TO_BE_REPLACED

When you consider the savagery of your run-of-the-mill fairy tale, our use of the term to connote “romance” or “idealization” smacks of nothing more than romance and idealization — a semantic circle of willful delusion. Take “The Juniper Tree,” by Jacob and Wilhelm Grimm. A woman longs for a child, gets pregnant, gives birth to a son, and dies. The father remarries. One day, while the little boy has his head in a chest filled with apples, his stepmother slams down the lid, decapitating him. “Maybe I can get out of this,” she thinks. She ties the boy’s head back on with a scarf, convinces her daughter that she killed him, and cooks him into a stew. The truth comes out when a bird, channeling the boy’s spirit, crushes the stepmother with a millstone. It’s gruesome. But the story’s most grotesque feature is this mild sentence about the first wife: “Then she had a child as white as snow and as red as blood, and when she saw it, she was so happy that she died.” END_OF_DOCUMENT_TOKEN_TO_BE_REPLACED

If you’re looking for some kind of Cartesian logic knot that offers proof of whether God exists or not, this is not the book for you. [Spoiler alert: No one knows for sure.] But if you are a curious-minded folkorist, either secular or believing, with a literary taste for the intersection of science and mythology, physiology and faith, politics and cosmology — then it’s a page-turner. As books about religion go, it’s profoundly unlikely to spark heated debate. Instead, it takes a simple strategy of inversion — the premise that we made God (every version ever) in the image of ourselves, and not the other way around. Not because God does or doesn’t exist or needs to be invented — but rather, because our species has instinctual need to give the abstract concept of our gods an appearance, important symbols, and physical forms, the better to comprehend, explain, and worship them. END_OF_DOCUMENT_TOKEN_TO_BE_REPLACED

END_OF_DOCUMENT_TOKEN_TO_BE_REPLACED 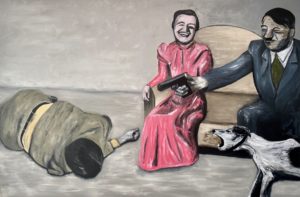 at MASH Gallery, Los Angeles (through 1 February) Reviewed by Eve Wood Hunter S. Thompson once wrote, “For every moment of triumph, for every instance of beauty, many souls must be trampled.” Which is to say, the realization of Man’s or any man’s greatest achievements comes at often dire costs and, perhaps requisitely, at the […]

Bacon en toutes lettres, Centre Pompidou, Paris (through January 20) Francis Bacon: Late Paintings, Museum of Fine Arts, Houston (February 23 – May 25) Reviewed by Sarah Stewart-Kroeker and Stephen S. Bush Humans are susceptible to puncture and cut, and in the end, like all dead organic matter, we’ll spoil. Whatever else we are, we’re […] 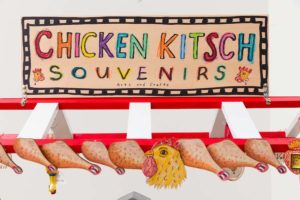 by Lita Barrie Jeffrey Vallance has loved pranks since he was at high school but it did not occur to him that they could be called “performance art” until he went to art school. Vallance is so guileless he did not understand why he was called a “prankster” at first because he was making a […] 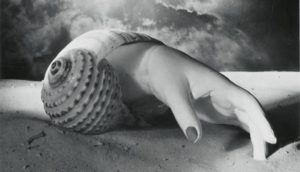 at Tate Modern, London (through 15 March 2020) Reviewed by Christopher P Jones There was a decade in Dora Maar’s life when anything seemed possible. During the 1930s she opened her own studio in Paris with art director Pierre Kéfer. She shared a darkroom with the Hungarian-French photographer Brassaï. She showed her work in Dada […]

by Martin Filler Filler examines the “colossal imposition” of 53W53, wherein he states MoMA must now “bear responsibility for making local environmental quality even worse.” Courtesy of  The New York Review of Books Among the plethora of disturbingly disproportionate, super-tall, super-thin condominium towers that have spiked the New York City skyline since the turn of the […] 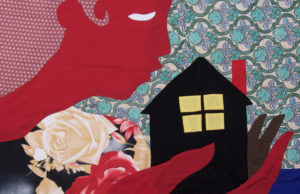 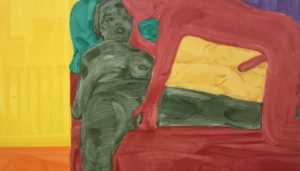 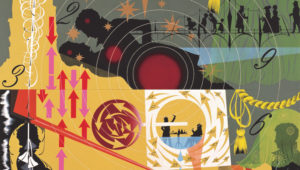 at Hammer Museum, Los Angeles (through January 5) Reviewed by Lita Barrie Lari Pittman’s momentous retrospective at Hammer Museum, is not only the most ambitious exhibition organized by the museum but arguably the most important exhibition anywhere in the country — or perhaps the world, today. This career-spanning exhibition of 80 densely layered monumental paintings and […] 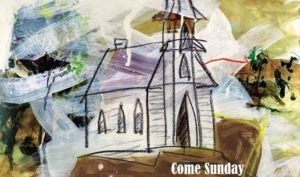 by Henry Cherry In the last decade of his life, Duke Ellington, probably America’s greatest composer, had a resurgence. Jazz was in turmoil, expanding and contracting at the same time, not unlike a star going supernova. In Ellington’s case, he was reincorporating various musical influences. He returned to the sacred music of his early life, […] 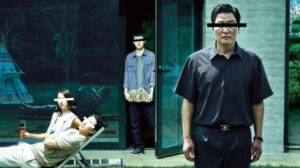 by Alci Rengifo The year 2019 was reflected in its cinema like few before it. Fittingly, the decade closes with movies that obsessively gazed upon the passage of time and the social realities which are setting parts of the world aflame. It is hard for the art of an era to escape its dominant forces. […] 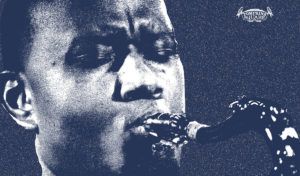 by Henry Cherry Choosing music outside of the constraints of marketing and modishness is a difficult practice that for some is an absolute chore. In this technocratic age of curated playlists, there is less exploration among individuals. While online encyclopedias continue to define and annotate the music of the past along with current releases, it […] 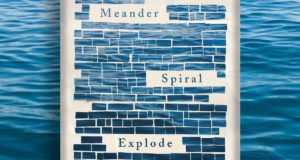 Reviewed by Katie Waldman Meander, Spiral, Explode: Design and Pattern in Narrative by Jane Alison Catapult, 272 pp., $12.81(paper) Review courtesy of the New Yorker I was in the seventh grade when Jane Alison’s début novel, The Love-Artist fell into my hands, and its effect on me was like a full-body blush. The book, which imagines […] 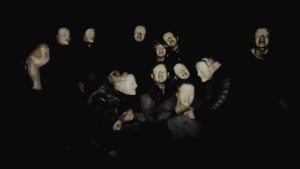 Reviewed by Alci Rengifo Jonathan Glazer emerges every so often with work that above all is constructed by a powerful aesthetic. More than narratives, what Glazer crafts are images combined with soundscapes which immerse the viewer in moments of dread, hallucination and discovery. Moments which could have the feel of a common day action suddenly […]

Reviewed by John Biscello The Fool (and Other Moral Tales) by Anne Serre Translated by Mark Hutchinson New Directions, 228pp., $13.97 Among the linty cling of rumors and backwashed gossip spread around the barrooms and laundromats of the universe, circulates this mortuary nugget: Hey, did you know that Ego, when it dies, would love nothing […] 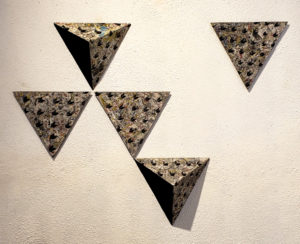 By Erin Currier The appearance of J. Matthew Thomas on our Earth is a rare and fortuitous event, akin to a special comet or eclipse that occurs once every 500 hundred years or so. He is the DaVinci of our day-and-age, a true Visionary bringing together community, education, environment and art with international events such […] 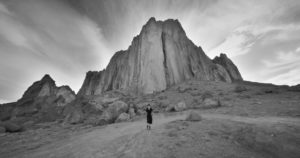 at The Broad, Los Angeles (through February 16) Reviewed by Nancy Kay Turner “Exile is strangely compelling to think about but terrible to experience. It is the unhealable rift forced between a human being and a native place, between the self and its true home: its essential sadness can never be surmounted.” —Edward Said “To […] 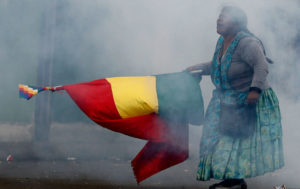 By Alci Rengifo An Associated Press photo by Natasha Pisarenko shows an indigenous Bolivian woman standing amid clouds of tear gas, holding the national flag and at its tip, the Wiphala flag of the nation’s indigenous peoples. Her society is again a victim of history. Its dreams vanished in acrid smoke. The photo’s aesthetic is […] 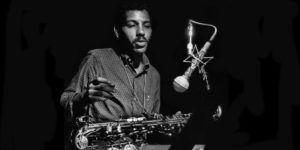 on Blue Note Records Reviewed by Henry Cherry Soulster James Brown was known as the godfather of soul for a reason. His syncopated music had the sound of a crisp, rehearsed band that could stop on a dime. In live shows, the singer demanded that same precision found on his studio recordings. Brown regularly fined […]

Enter your email and click 'SUBSCRIBE' to receive a weekly recap of reviews, interviews, the latest in song, cinema, the state of art and other cerebral musings. Each Sunday from Riot Material.